“Oh, didn’t you know?  We don’t say that anymore?” is often followed by embarrassment, shame, guilt, maybe even frustration.  We might find ourselves in this position.  Or maybe we’ve been a part of an uncomfortable verbal exchange regarding race, religion or other personal identities, not wanting to be the “linguistic police,” but also cringing at language that is outdated or hurts.

While knowing what terms to use can be confusing and challenging, being on the receiving end of harmful language is worse.  Recognizing the impact of the words we choose cannot be overlooked.  This isn’t a lesson we learn once and are good to go for life.  Because language is alive and everchanging, terminology comes, goes, and is sometimes reclaimed.  For example, when I was in school the word “queer” was strictly a derogatory term.  As early as the 1990’s (some sources claim even earlier) the word queer was reappropriated as a non-pejorative term by some “in the spirit of gay-pride” (Colombia Journalism Review).

Until very recently I used the phrase “child with autism” and felt confident in my “Person-First Language” choice.  What I neglected to do was ask and listen to those that are Autistic to find out what kind of language was preferred by each individual.  I then came across several resources and examples from Autistic Individuals that do not appreciate the “Person First Language,” even labeling it as “abilist.”  Amy Sequenzia shares in her Olliebean blog, “It would be much more inclusive, and respectful of our voices, to simply say “Autistic.” It is simple and direct. It does not waste words; it is easily understood. More importantly, it is the most accurate description of who we are.”

Another fact to consider is that not everyone, even those identifying within similar groups, will necessarily agree.  In Anton Treuer’s book, “Everything You Wanted to Know About Indians, But Were Too Afraid to Ask”,  he begins with terminology.  “What terms are most appropriate for talking about North America’s first people?  What terms are not appropriate for talking about North America’s first people?” and acknowledges that not everyone may agree.  Treuer states that knowing and using Tribal names as much as possible can be helpful, however respecting one another and creating space where we can ask for preferences is the ideal.

Here’s a start to recognizing a few harmful phrases we should stop using, as well as some swaps we might try instead.  Depending on where you live or with whom you spend your time this list may be surprising (who still says that?) or embarrassingly familiar (I still say that).  I’ll focus on four general categories around Race, Gender & Relationships, Social Constructs and a White Racial Frame.  This is certainly not an exhaustive list, there is much that could be added.  What have you heard lately?

Never ask anyone this question.  Asking a person “what” they are, is dehumanizing; people are not “whats”.  While some terms are out of favor like “colored people,” “negros,” “Oriental,” “mulatto” and sometimes “Indian,” other labels might have mixed reactions from groups, such as Hispanic (based on Spanish colonization).  Too often attempts at better language fail to honor people who have diverse and intersectional racial, ethnic, and cultural identities; people and cultures are not monolithic.

You might be thinking, “Wait, explain to me how “mom and dad” made the list of harmful language?”  Not every home is structured this way and assuming this is the case is the harmful part.  Being mindful of how our language prioritizes heterosexism is an important move towards inclusion. Watch out for phrasing that makes assumptions about family and relationship dynamics.  Language like mom and dad, husband or wife, boyfriend or girlfriend assumes and prioritizes heterosexism.

As we learn more about the differences between biological sex, gender identity, sexual orientation, and gender expression, language becomes even more important.  Saying things like, “they are really (born) a boy/girl” is not only inappropriate, but also indicates a gap in understanding of the complexity of sex and gender.

Just recently I heard a friend say they would never want to visit a “third world country.”  Marc Silver writes in an article feature on NPR, “This 1-2-3 classification is now out of date, insulting and confusing. Who is to say which part of the world is ‘first’?”

Melting pot is another one of those terms or ideas that continues to circulate.  The idea is that we should all “melt” or give up our culture, language, identity in order to assimilate to one thing: American.  However, because Whiteness is normed and therefore privileged, to be “American” in the United States is synonymous with Whiteness and White culture.  Those whose skin or cultural practices more closely align with Whiteness are advantaged.  Even if assimilation happened equally, asking someone to give up who they are, their identity, is painful and wrong.

The “Other Side of the Tracks”

This problematic phrase, rooted in racial divides across America may not be used as often, but coded language about race and class is certainly prevalent.  When we hear phrases like “apartment kids,” “those neighborhoods,” “sketchy areas,” or “trailer parks” combined with a derogatory tone indicating a “less than” or even dangerous connotation about where people live, we need to call it out.

I recently heard the qualifier “regular” put in front of “white people hair”.  Attaching the word “regular” to dominant cultural concept indicates these dominant norms are “normal”, “regular” or even “preferred.”  We can find examples of this being reinforced all around us: “flesh colored” band-aids and crayons, “nude” tights and underwear; even though it is quite obvious that those colors aren’t flesh or nude for everyone.  We see this play out in other contexts as well such as what is considered “professional” in terms of dress, hair or communication.  These normative preferences are almost always connected to Whiteness and power.

The United States is one of the only countries in the world that actually privileges monolingualism.  Whether folks are multilingual, non-English speakers, or speak a variety of English (AAVE African American Vernacular English, regional or global dialects or differences) there is room for all.

“I Can’t Pronounce that Name”

When we come across a name that is unfamiliar to us or we’re not sure how to pronounce it, skipping it, shortening it or changing it is never a good idea.  Names represent identity; we don’t know if someone was named after a family member, a faith tradition, or what other significance the name holds.  It is never ok to skip over or change a name.  Whether we’re face to face with someone or reading a name from a resource, working to find out and get the correct pronunciation honors the person.

If our circles are small, we might have a hard time even recognizing harmful language.  We might be using words, phrases and ideas that no one will check us on. We must do better. We can’t use where we live, who we are related to, or our limited and non-diverse friendships to be an excuse for being unaware. We must seek out opportunities to learn, evolve and change with language and context without getting paralyzed or stuck. If we’re fortunate enough for someone to give us some insight and feedback on what we’ve missed, consider that a gift! We should accept feedback with grace and humility while practicing the wisdom of Maya Angelou, “When you know better, you do better.” But let’s not wait to see if that gift gets dropped in our laps; get informed, do your homework, make mistakes, and keep moving forward. 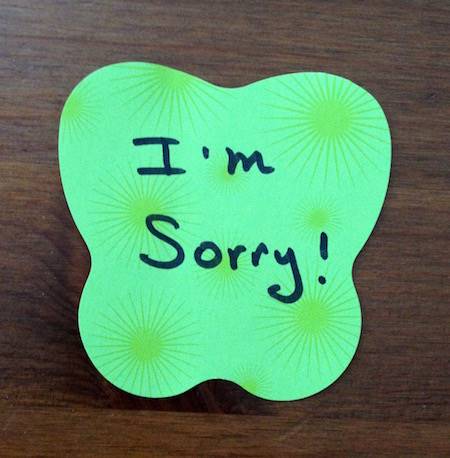